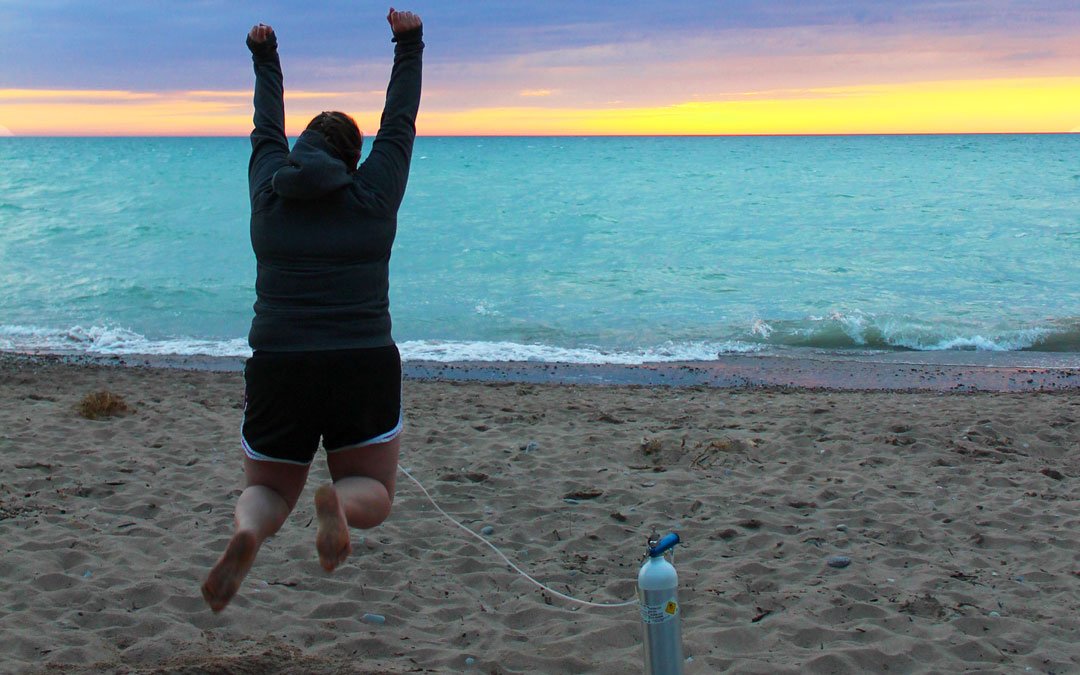 For as long as I can remember summer has been my favourite season. The lush green of the grass and trees, contrasted by beautiful blue skies, always lifts my mood when spending time outdoors in the summer. Coupled with the beautiful sunshine during the day, colourful sunsets, and warmth of the sun, summer is a season that regenerates me, encourages physical activity, and allows me to spend time with my family on the beach.

While these activities are still possible, they have become a lot harder since my diagnosis of idiopathic pulmonary fibrosis (IPF) and subsequent use of supplemental oxygen.

I was diagnosed with IPF in April 2016, and vividly remember the day I was told I had this life-threatening lung disease. Unfortunately, the conversation that ensued is one that will be forever etched into my memory as I struggled to grasp that I had a fatal illness for which there is no cure.

The first few days after learning about my diagnosis, I didn’t tell anyone except my immediate family. As I began to share the news of my disease with others, it felt like I was repeating the unfortunate life story of someone else. It took awhile for it to digest that it was my life we were talking about.

Two distinct fears stand out for me as I recall what was going through my mind the day I was diagnosed with IPF. My biggest fear was that this disease would take away my ability to travel, which is one of my passions. I want to see the world and explore different continents and countries.

I also feared that my disease would eliminate my ability to swim and enjoy beach time with my family. After learning that I would eventually need supplemental oxygen to breathe, I couldn’t fathom how being tethered to an oxygen tank would permit me to spend time on the beach and spend time in the water. Thankfully, both of these things have remained possible since my diagnosis!

I thought I’d take the time to outline what I have learnt as a patient with IPF who wants to maximize time outdoors in the summer, especially on the beach, with my supplemental oxygen:

Thankfully, I had purchased a 50-foot cannula awhile back to help me trek around the house and avoid moving my large home concentrator around. This long cannula came in really handy while on the beach! We kept my portable oxygen concentrator (POC) on the shore and ran the long cannula along the sand while I waded in the water. I did not submerge my head and was careful that other swimmers didn’t snag my tubing, but I was able to maintain use of my supplemental oxygen and cool off in the water successfully that day.

Another important tip about bringing extra cannulas to the beach: no matter how hard we try, sand sometimes gets into the nasal prongs on the cannula or the end connected to the POC. Since the sand particles are so fine, it is nearly impossible to remove them from the cannula and you may need to throw it out if this occurs. This happened to me once when I dropped the cannula while trying set it down, and I had to open a new one, so I was thankful I’d brought an extra one to the beach. There is also the possibility of the cannula being stepped on, being exposed to too much sun (if left in direct sunlight) or getting cracked. All of which would jeopardize your ability to breathe. Having an extra cannula with you if taking supplemental oxygen to the beach is very important.

2. Keep your tank out of direct sunlight and up high

Doing so ensures it won’t accidentally get kicked with sand, potentially jeopardizing its function if the sand gets stuck inside the device. Keeping tanks out of direct sunlight is also a must, due to their combustibility. While I can’t be sure a tank would explode if exposed to too much sunlight, this is definitely a risk I want to avoid and often leave my tanks up at the cottage and only bring my POC to the beach. Keeping it in the shade and away from the sand as much as possible ensures the safety of your device.

Here in Canada, people who smoke have to follow specific regulations around where they can do this in public places. As an example, they are not supposed to smoke within 9 meters of an entrance into a building. However, the rules about smoking on the beach remain unclear to a lot of people, and as a public domain, it is hard to enforce where people smoke. If you’re using supplemental oxygen on the beach, ensure those around you know so they can advocate for others to stay away from you with lit cigarettes.

4. Use excess sunscreen and stay hydrated!

This is especially important for patients with IPF who are on Esbriet, as one of the well-known side effects of this medication is sensitivity to sunshine. Even though I am on Ofev instead of Esbriet, along with a number of other medications, I burn a lot easier than I ever did as a kid when exposed to direct sunlight.

As a result, I lather on layers of sunscreen and one application is never enough, so I re-apply regularly. I also force myself to drink excess amounts of water on the beach to ensure I am adequately hydrated. Typically, I drink a lot of water anyway, following an acute kidney injury (AKI) a few years ago. Hydration ensures the medication’s toxicity is flushed from my body but I still increase the amount of water I drink while on the beach.

I hope you find these tips helpful and can have a successful beach day despite living with IPF and supplemental oxygen!

Do you have any other tips you can share about sun safety as a patient with IPF?

Photo credit: Copyright by Charlene Marshall, with exclusive use by the Idiopathic Pulmonary Fibrosis Foundation. Please do not duplicate without permission.