IPF Leads to Decades of Advocacy 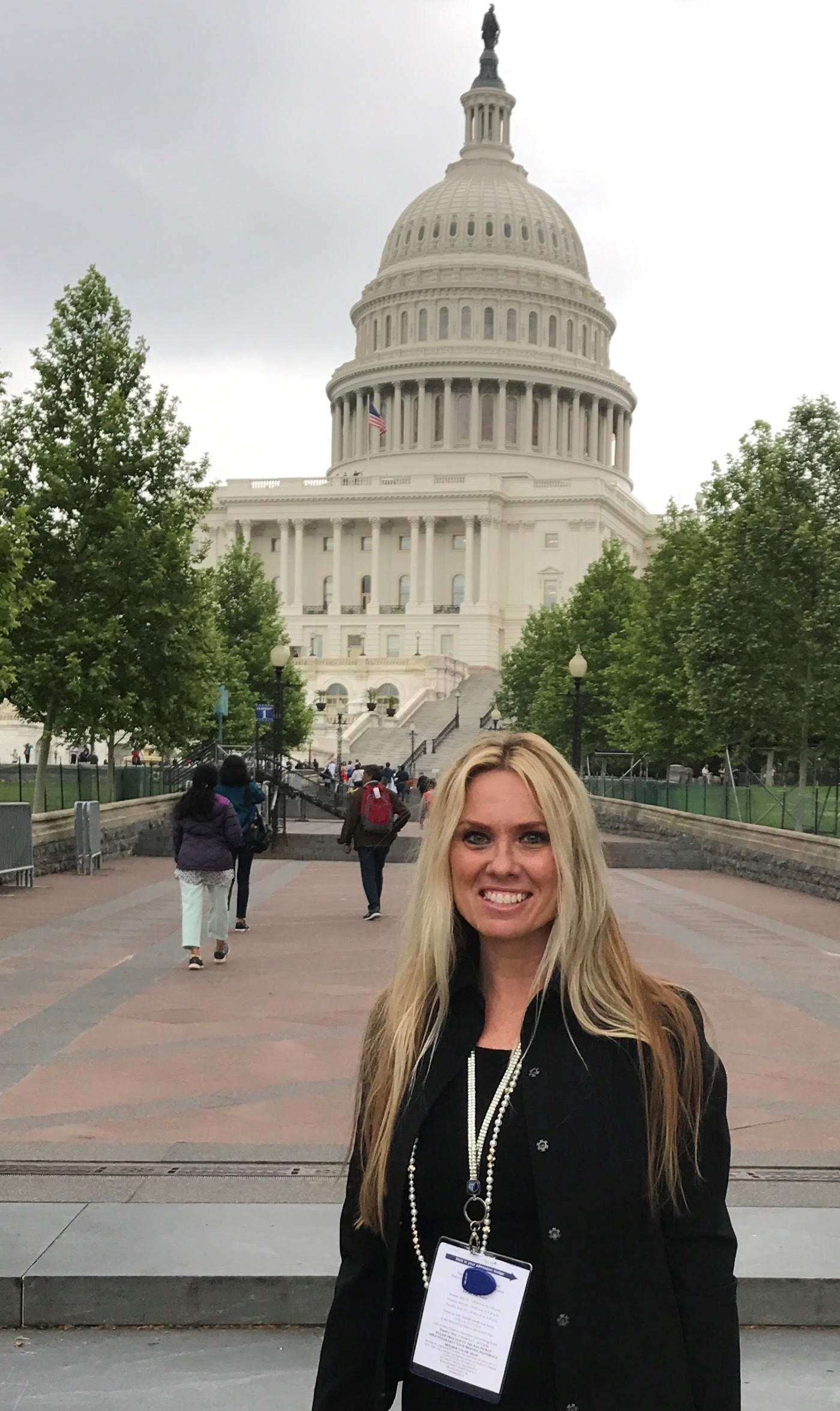 Teresa Barnes calls herself an accidental advocate. She was preparing herself for a career in journalism and the medical device industry when her dad was diagnosed with Idiopathic Pulmonary Fibrosis (IPF) in her senior year of college.

Within 11 years between 1996 and 2007, Teresa lost her father, three uncles and an aunt to this cruel disease. When her father was first diagnosed, she and her family were not aware of a familial connection with pulmonary fibrosis. Now two decades later, she laments that we still have more questions than answers.

The circumstances Teresa found herself in back in 1996 have changed but only deepened her commitment to find cures for the 200 interstitial lung diseases (ILDs) that plague a significant but unknown number of Americans in any given year. She readily admits the fight is personal; one research study showed that 31% of first-degree relatives of patients with pulmonary fibrosis had interstitial lung abnormalities.

“We’re all sort of holding our breath and praying. It’s a fire that’s burning under me. We have to be vigilant across generations. I now have a 10-year old little girl, and Eme is growing up understanding the importance of fighting this illness,” shares Teresa.

From the time her daughter was born, Teresa brought her along to Capitol Hill as she advocated for more research for pulmonary fibrosis and other lung diseases. She was there for the first ever conference that she helped to bring about in 2012 to explore research for fibrosis across organs.

A critical point
These days Teresa is looking at one bright side of COVID-19. “With the pandemic, we’ve come to understand that if the lungs fail, we fail. That’s kind of it.” She adds, “This is our opportunity and responsibility to advocate for more research funding while the world’s attention is on lungs and viruses.”

Teresa has been advocating for what she calls a Lung Moon Shot, where we would commit substantial resources to double down on the complexity of the 200 ILDs and fibrosis in general. “While we’ve made progress, we need to change our approach and pull out all the stops. We haven’t done that yet,” she explains.

Teresa points to Precision Medicine as one area of opportunity, especially since IPF is so complex with so many types. “The things we’ve tried so far haven’t worked in a large-scale way, but they’ve worked for some. When your failure rate is still so high and patients still die after suffering a terrible quality of life—when we have no way to prevent the disease, you really have a problem. We’re just not making the progress we need to make.”

Teresa is grateful that so far she and the next generation, after her father and his siblings, are beating the odds. That only fuels her passion to work for more resources. “We need this disease on the list of top research priorities—it’s time to look at everything that’s possible, things that no one’s even thought of before.

We’d love to hear your family’s story. Please share with us at info@IPFFoundation.org.