Could an extract from Green Tea reverse fibrosis? 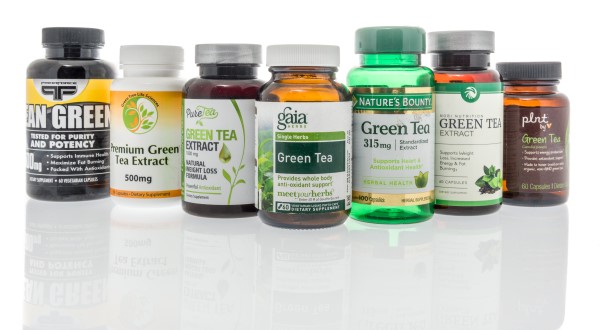 A UC-San Francisco pilot study associated a reversal in fibrosis with an over the counter supplement, epigallocatechin gallate (EGCG). This plant-based compound can be found in green tea.

“In sequential order, half the patients were given capsules of EGCG (Teavigo) at a daily dose of 600 mg for 14 days before they underwent biopsy (treated group), and the other half did not receive the capsules (untreated group),” the study explains. Levels of fibrotic markers in lung-biopsy samples were lower in the EGCG-treated patients than in 10 similar, but untreated, patients.

“Serum biomarkers indicative of progression of idiopathic pulmonary fibrosis (IPF) do not decrease in response to drugs that have been approved for use in such patients by the Food and Drug Administration. Surprisingly, during 14 days of EGCG treatment, we found decreased amounts of two fibroblast-derived serum biomarkers, cartilage oligomeric matrix protein and periostin, which have been associated with IPF activity and prognosis, a finding that is consistent with an antifibrotic effect. Our data suggest that in patients with interstitial lung disease, EGCG treatment was associated with a reduction in fibrogenesis and thus may provide equipoise for the performance of a long-term, randomized clinical trial of ECGC involving patients with this condition,” the study said.

Although inconclusive, this exciting discovery may provide an ethical basis for a long-term, randomized clinical trial. We commend the investigators for their innovative research and thank Three Lakes Partners and the National Institutes of Health (NIH) for their funding.